SSRW 2018 – Sounding Out a Rhetoric of Resilience

If you do a quick search on what plena means, you will find this:

or maybe you will stumble into this:

A seemingly dying genre in the mainstream popular cultures, (whichever those may be), the Puerto Rican plena sounds out most loudly during the winter holidays, a practice that has been carried over to the Puerto Rican diasporas.

An emblematic genre of the Puerto Rican jíbaro—a folkloric figure of the Puerto Rican peasants working the fields under successive colonial regimes, whether coffee for Spain, or sugar for the United States—plena was the genre that generated the stories that were passed on from town to town, from generation to generation. Today I offer the study of plena as a folkloric music that is rhetorical, a useful example of how marginalized communities have used folkloric sound for material and cultural survivance and activism.

First, attuning to the audience attending this conference, I should say that survivance here is inspired by Malea Powell’s use of the term to mean survival and resistance of Indigenous peoples or American Indians (as cited in 2002 in p. 406), as she elaborated how folks like Sarah Winnemuca Hopkins and Charles Alexander Eastman wrote themselves as subjects, not objects (read Other) of this geopolitical context we call the United States of America.

For Puerto Rico’s long standing colonial history, plena music sounds out stories within the context of life and work situated in the Caribbean. Many of these stories involved tragic events, such as the death of a woman named Elena, or the passing of a hurricane, ironically called temporal in Puerto Rican Spanish. For most Puerto Ricans, then, the sound of the pandero (a hand drum) signifies survivance. Here’s an example of a musician playing a pandero. 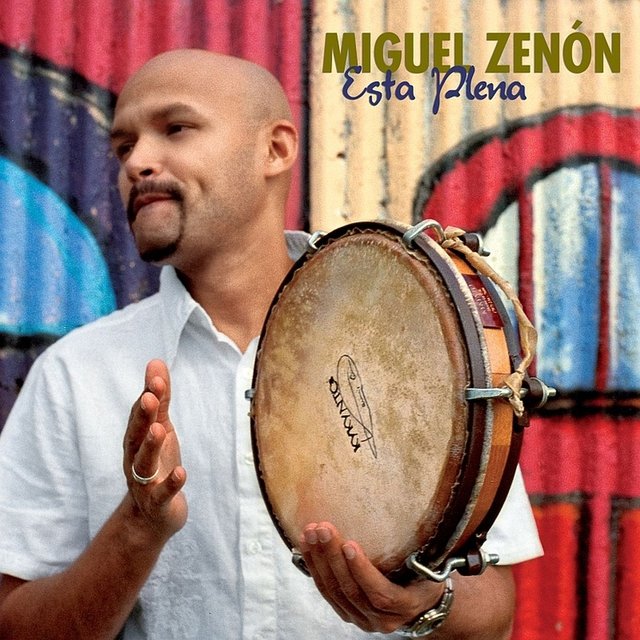 As a Puerto Rican woman, I knew this history. However, after hurricane María ravaged Puerto Rico on September of 2017, I noticed how plena was heard throughout the streets of Puerto Rico, and then in the more mainstream US diaspora through National Public Radio press coverage.

Last Sunday, a group of musicians gathered in Calle Loiza, a San Juan neighborhood known for African-inspired folklore. The annual Calle Loiza festival had been canceled because of the hurricane, but they didn’t let that stop them from parading through the streets, playing hand drums and singing plenas.

“It’s very, very Puerto Rican,” says Emanuel Santana, a singer with the bands Plena Libre and Viento de Agua. “Every time a Puerto Rican hears the drums called panderos, you can have them come down in tears in a time like this. Of course, there’s no electricity to even hear music. You don’t have no MP3s right now. So we’re back to basics.”

The musicians traveled down the sidewalk, stopping at the few bars that have managed to open and are operating on generators. Along the way, they attracted followers who sang along.

Leading the group was Hector Matos — known as “Tito” Matos — a Grammy nominee born in Santurce, and one of Puerto Rico’s best known pleneros. He drums and sings plena.

“Love Mother Earth, respect of nature, you know, environment,” he says, with his three-year-old son at his side. “Trying to use the moment to also teach the young generation these hurricanes are coming faster, bigger and stronger than ever, and that’s because of us.”

Though the use of plena as entertainment and remembrance is widespread, other Puerto Rican scholars have emphasized how this sound was not technically meant as a “singing newspaper,” which is the assumption that is repeated in this NPR piece. Newspapers, print-based media is an institution that many poor peasants (read illiterate) in Puerto Rico would not have been able to engage at the turn of the twentieth century. Instead, plena is more a rhetorical form of bembeteo (or gossip) or generational storytelling that marginalized peoples have created to survive colonialism.

Based on the story by Hector Matos, though, musical gossip or intergenerational stories of survival also emphasize a relation to the environment, land and oceans around the Caribbean that are affected by our interactions. As Michelle Comstock and Mary E. Hocks write, sound “is rarely considered a rhetorical resource for communicating the ongoing effects of climate change on human and nonhuman animals and ecosystems” (165). In addition to climate change, the sound I elaborate today is a musical expression of the rhetoric of resilience from climate catastrophes as well as the ongoing effects of colonialism for Puerto Ricans.

Not only is the study of plena productive in identifying sounds that preserve cultural identity in spite of adversity, it is also significant to point to the political processes involved in its Caribbean formation, and consequent suppression, as well as its consistent role in social protest. Consonant with an attention to climate change activism, plena was used in the protests against toxic ash being dumped in the Puerto Rican town of Peñuelas, months before the hurricane season.

Most recently, plena was heard in teacher strikes against the closing of schools and austerity measures imposed by a white US American Secretary of Education, who better serves the colonial control board, or Junta de Control Fiscal in charge of “fixing” the Puerto Rican debt.

In a book review article on books about Elizabeth Cady Stanton, W.E.B. Du Bois, and Emerson, searching for a rhetoric of resilience, Jeffrey B. Kurtz concludes:

If our scholarship is to make a difference–and let’s be honest, the breadth and scope of that proposition is so staggering as to not be especially useful–it may be a difference realized best by how we describe and analyze moments of what might be termed rhetorical resiliency. Such a rhetoric would compel us not to stand mute in the face of uncertainties. Such a rhetoric would remind us that arguments assume many casts, and that listening may in fact be more important than speaking. (Kurtz, 734)

One of the most significant ways in which resilience is deployed is in listening to the so-called Other (read non-white), while not really listening by focusing on a fetishizing consideration of a nostalgic past, not the present that programs like Ear Hustle prompt (thanks Julie Shapiro). In engaging a well-intentioned but consistent celebration of Puerto Rican resilience, I argue, we are not really listening to ongoing struggles in the midst of colonialism. But it is through the pandero and other inherited African sounds that an ethno-national group with a complicated colonial history sounds a rhetoric of resilience.

By way of closing I would like to offer a suggestion for those of you who feel compelled to mention Puerto Rico’s death toll as an example of US imperialism and state violence. Actually listen. Amplify the voices that are still talking. I also suggest you check out the following effort by Marisel Moreno and others at Notre Dame.

Lastly, distinguish between plena and bomba, and maybe be so lucky as to find a group playing and dancing bomba in a place near you.